The Many Different Types of Foundations 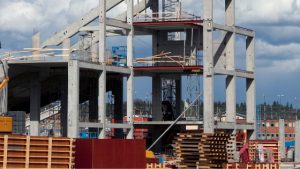 First, our commercial construction company explains that shallow foundations are sometimes known as spread or open footings. The term “open” refers to the fact that the foundations are built by digging all of the earth to the bottom of the footing and then erecting the footing. Because the whole footing is visible to the naked eye during the early phases of construction, it is referred to as an open foundation. Thus, the concept is that each footing distributes the concentrated load of the column across a broad area. Therefore, this ensures that the actual weight on the soil does not exceed the earth’s safe bearing capability.

Strip footings are a type of load-bearing masonry structure that acts as a long strip that supports the weight of an entire wall. Our Sacramento construction experts explain that these are employed in situations when the building loads are borne by whole walls rather than separate columns, such as in ancient masonry buildings.

Raft foundations, also known as Mat foundations, are commonly utilized for building basements. The entire basement floor slab functions as the foundation in a raft; the weight of the structure is distributed uniformly throughout the full footprint of the building. The building is nicknamed a raft because it resembles a vessel that ‘floats’ on a sea of dirt.

A pile is essentially a long cylinder of strong material, such as concrete, that is driven into the ground to support structures on top of it.

End Bearing Piles: How Do They Work?

Friction piles operate on a separate set of principles. By friction, the pile transmits the load of the building to the earth across the whole height of the pile. In other words, the pile’s whole surface, which is cylindrical in shape, works to transmit forces to the earth.

Now that you have an understanding of the different types of foundations, you may have questions about which one is best for your construction plan. Contact Headwaters Construction today! Our commercial builders would love to help you with your commercial construction project. Follow us on Facebook today. 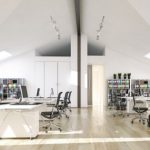 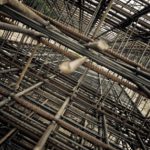